An interview with Amy Alcala, President of Princeton Property Management

Tell me about Princeton Property Management – what does your business do?

Princeton Property Management has been in business since 1984. We manage multi-family apartment complexes. We are one of the biggest property management companies here in the state of Oregon, and we primarily manage for single owners or partnerships.

When did you start working for Princeton, and what do you do?

I started in 1997! I started out as an administrative assistant at Princeton. I worked here for 10 years, and worked my way up into an office manager job. I left in 2007, when my son was born, and I worked for Nike for a few years. Then, in 2010, [the founder] Freddy called and asked me to come back, and I did. Then, this year I was promoted to President of the company. So, yeah. It’s been a journey!

How has the property management business changed since you started in 1997 to now? What are things you’ve noticed?

I think the biggest change has been the regulations within housing. The other side of the industry that’s changed is the employment side. Back when I first started, we hired onsite managers, and they lived on site with their families. So, one of them would be out working, and the other one would stay at home with their family. They would be able to get free housing, and be able to raise a family like that. That changed back in about 2010 with the employment landscape – people couldn’t have their kids working in the offices anymore.

Freddy Lunt started Princeton in 1984, and she has a fascinating backstory. It’s really amazing. She started with nothing.

Freddy worked in the industry for a developer. So when she started this business, she just gathered properties as she went along. She was one of the first people to start Multifamily NW, which is our housing association. I think she was one of the only women. She’s badass. She was really tough, and didn’t take any guff from anybody.

Over the years, Freddy grew the company very organically. She was not business minded, she would tell you that. She was not somebody who ever had any business background. I think she went to school to be a speech therapist.

Around 2010 or 2011, Freddy began thinking about stepping away someday, and she decided she was going to sell the company to the employees. About a year and a half ago, she got a little more serious. She was getting older, and she wanted to start her next chapter. In that juncture is when we found SPARK and Alyssa.

I’d love to hear more about your experience working with Alyssa for a transition like that. I know Princeton is not technically a “family” business, but I know that in small, close-knit businesses, departing a company and passing to the next generation can be challenging. What were your observations about how Alyssa facilitated those sensitive conversations?

When we started working with Alyssa, we were in the beginning phases of, “How are we going to talk about succession?” Freddy hadn’t chosen a date, it wasn’t even on the radar. We figured she’d be there until she couldn’t be there anymore.

Freddy and I met with Alyssa first, and Alyssa kind of guided us by saying, “Let’s talk about who the leadership team is, and how we want this transition to look.” Alyssa helped Freddy pick a target departure date, very gently. We’re all very sensitive to the fact that Princeton is her baby, and it was a big deal for her to be leaving. Then, for the next few months until her date in January, we worked through the plan on what that was going to look like.

Alyssa was very careful to make sure Freddy was as involved as she wanted to be in these conversations. But, she guided us to the next chapter, which was totally different than we had expected.

In what way? How was this next chapter different than your expectations?

We literally had no idea that we would be running the company the way we are. When Freddy was in charge, of course, she’s the leader, and we all follow, right? So, transitioning, we determined that we would be governed by a board of directors.

There is some complexity. I’m the president, but my leadership team is also the board of directors, so they’re my boss in a sense, and I’m their boss as well. Alyssa helped us identify how we can work together in a smooth, clear way. We didn’t have a super tense group, so there was not any real tension that was overt. But, Alyssa did help us learn how to talk to each other about hard things, and how we were going to engage with each other in this new entity, and things like that.

Now your team continues to work with SPARK and you use our quarterly strategic planning methodology. We just met with a new client, and they were telling us, “We make a strategic plan every year, and it just sits in a drawer, and feel like we don’t use it.” How has using SPARK’s strategic planning structure been helpful for Princeton?

Well, we had never strategically planned anything ever. So, that was a whole new concept for us. So our first strategic planning session was really about how the succession plan was going to work. And, what we did is we sort of identified these buckets of work. I think one area that was most helpful is that there were actual tasks to get the job done. So, instead of saying, “Hey, we’re going to increase revenue.” It was like, “Well, how are we going to do that? Who’s responsible?” So, it was really laid out in a way that we could follow almost like a checklist.

The focus of our first strategic plan was that we were going to change leadership. So, that was going to happen. It wasn’t going to fall through the cracks. But there were a few other little things that we didn’t completely finish. So our second strategic planning session, after the actual leadership transition, we revisited those unfinished things, so we were able to tie them up or move them.

The layout that we use now is just very easy to follow. It’s laid out in a way that it’s giving people assignments. It’s an action plan. That’s really where SPARK has been most helpful, is giving us the accountability and tools to get through the actual plan, and to be realistic about it.

How do you think about the value of having someone facilitate strategic planning for you, versus doing it on your own?

We really didn’t know what we were doing or how to do it. The value really is proven in the fact that we’ve accomplished so much. We have this huge list of action items. I’m a crosser-offer – I have to see it crossed off. I move all the things that we’ve done to another list that I can see. I find that to be such a powerful thing, because every time we revisit that, we look at that list, and it’s like, we did all of these things, and we can see what we did, and we still have all these things to do, but we have gone through all of these things.

As a group, our day to day jobs would’ve gotten in the way of really accomplishing those things had we not been taught and held accountable. It’s really easy to hold other people accountable for a job. But, for yourself, and for strategic planning, it’s hard if you are part of the leadership team to hold yourself accountable.

We can see the value of what we’re doing, because we’re getting our plan done. We already have our next strategic planning scheduled for the beginning of the year, and we are busting through this plan. Because we know we have to. We’re going to meet with Alyssa and she’s going to be like, “Where you at with that plan?”

You started at an entry-level role at Princeton, now you’re President of the company. What advice do you have for people that are starting entry level roles right now, at your company or somewhere else? What are some of your tips for personal and professional growth?

I will tell you, my parents were like, “What is going on?” My father still says I was the one they were worried about the most. And, here I am today. So, it does make me laugh.

I think that the biggest thing is showing up, listening, and watching. Emotional intelligence is huge. I always had a pretty good work ethic, and I listened, and I watched what needed to happen. I think it’s really just about being aware, and being open to learning all the time.

Even now, and particularly with Alyssa’s help, I’ve learned some things that I didn’t want to learn about myself.

For example, I am a very reactionary person, and you know how I feel by the look on my face. I knew that, but it’s something that I didn’t think really affected the way people felt about me. But, when I was applying for this position as President, that was one of the things I had to look at, was what do I have to overcome for these people to trust that I can be their President? Being open to looking at criticism is not easy, but I think that’s probably one of the number one things you can do for growth and change. 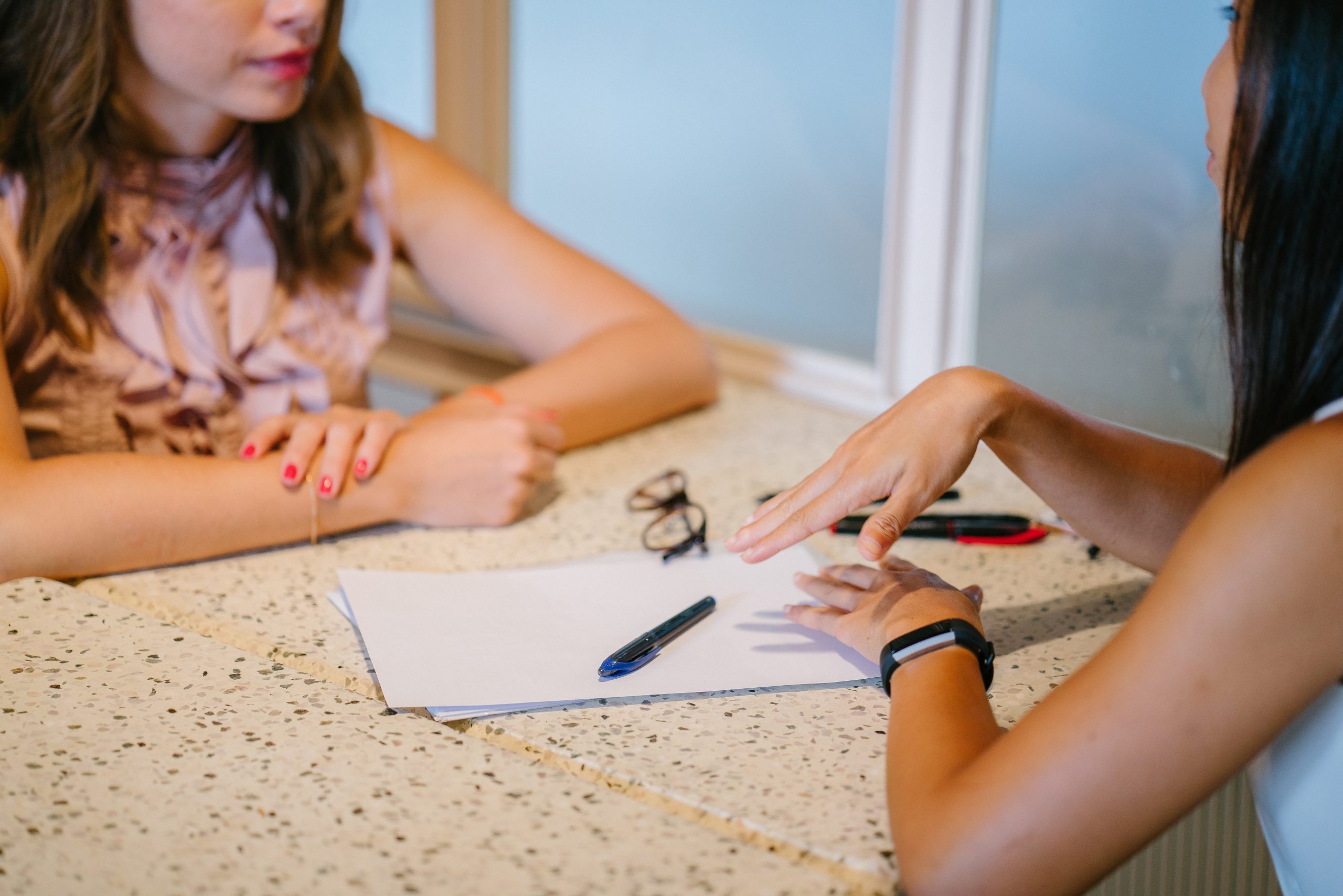 Feeling Overwhelmed? Try these three steps to bring more peace and focus to your work.

Author: Monica Eisel Dealing with Overwhelm: Our Top Tips A common theme among our clients over the past few months has been that they and … 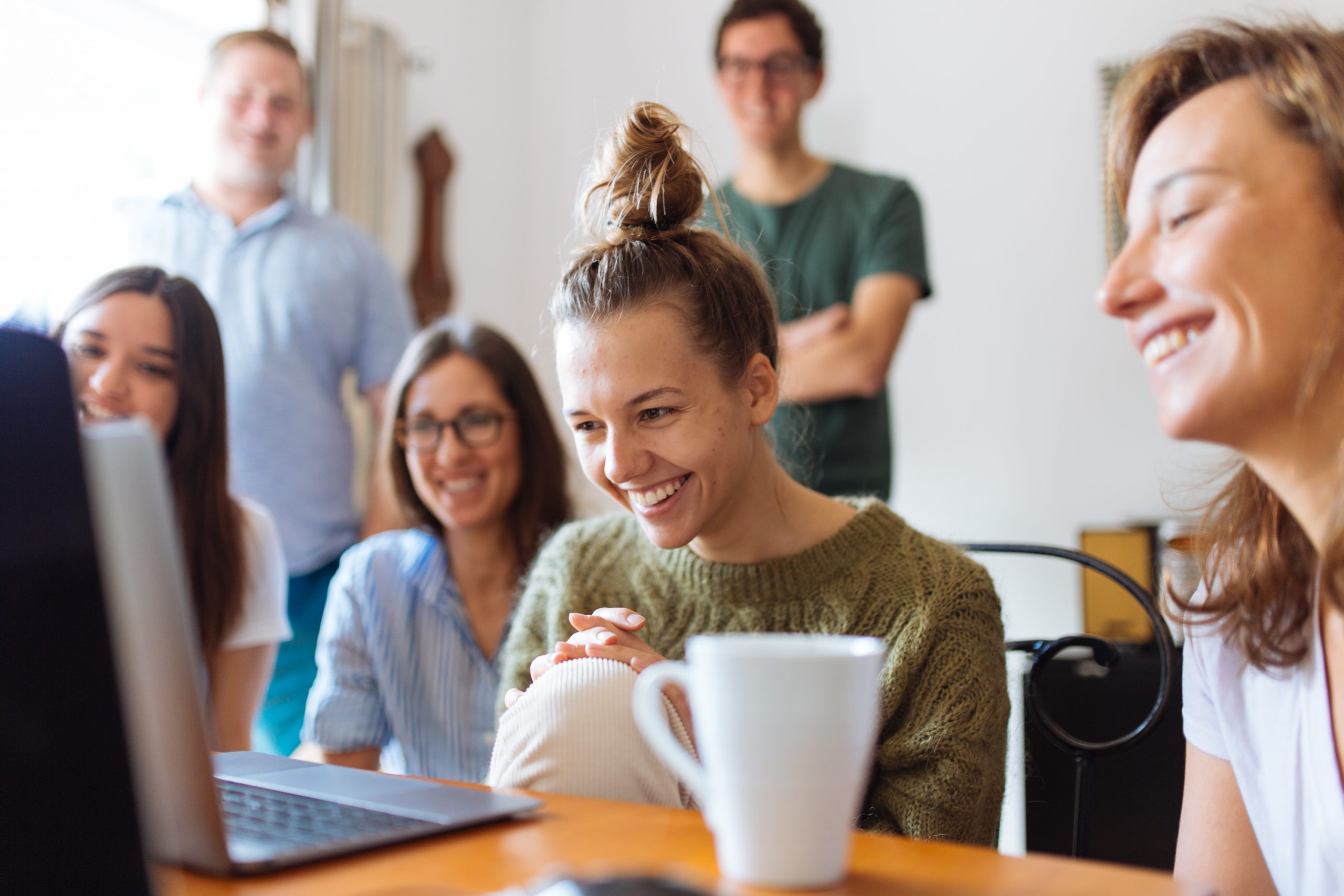 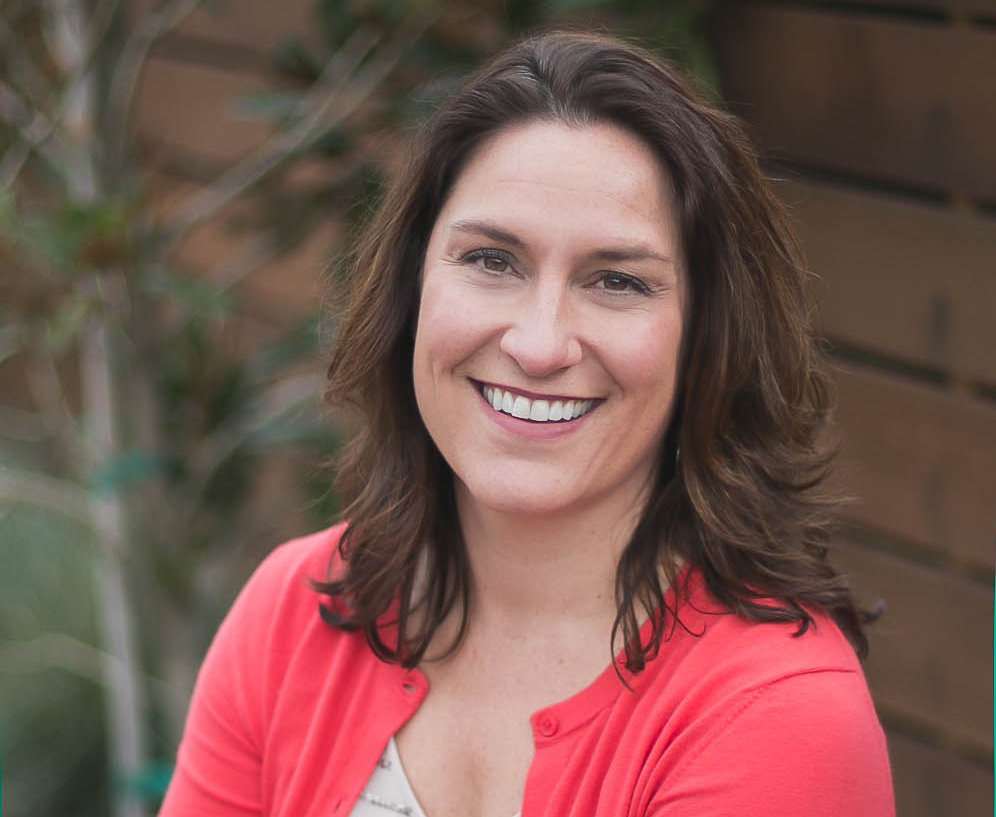 When you were a kid, what did you want to be when you grew up? I wanted to be a teacher, always. I used to …

"Alyssa's presentation to our annual meeting was both effective and engaging. She has the rare gift of being able to engage the entire org, from executives to front-line employees. That kind of broad content relevance is hard to find, and her delivery is just as approachable. Past speakers have received mixed reviews, but the feedback on Alyssa's talk was enthusiastic. I was especially pleased to see so many hands in the air when she asked listeners to share their takeaways. I fully expect Alyssa to be back behind our podium again soon."

"With event planners going through unprecedented upheaval in their industry, we wanted to provide them with information and resources during the UNTETHERED conference that were both inspiring and actionable. Alyssa’s session on Daring Leadership in Uncertain Times provided attendees with the tools they needed to navigate challenging situations better and advocate for themselves and their teams. If you’re looking for an experienced, impactful speaker and small group facilitator, Alyssa is an excellent choice!"

"I am always in awe of your ability to lead from a vulnerable and powerful place. Your presentation was an incredible experience for our team. Thank you - it was inspiring!"

"Thank you - the entire team was glued to everything that was said and bought into what we need to accomplish. The work they are getting to be a part of is invaluable to their long term growth in the company."

Get insights delivered to your inbox

Get tips on developing a high performing team

We use cookies to ensure that we give you the best experience on our website. If you continue to use this site we will assume that you are happy with it.OkPrivacy policy